Strategic and Religious Ineffability in Plato and Plotinus 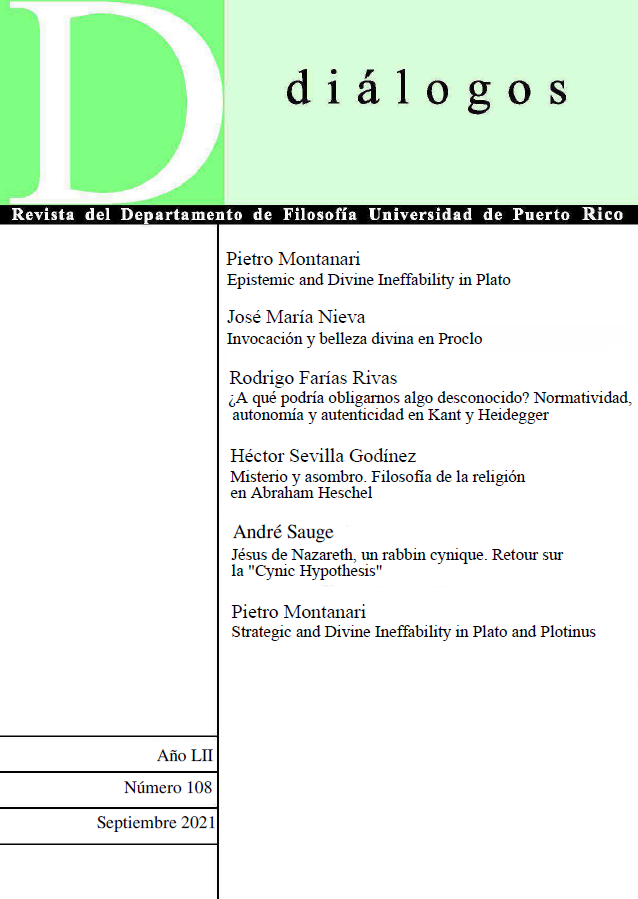 This contribution focuses on strategic ineffability in Plato. Strategic ineffability serves different purposes. In Plato, it is mainly used to express a religious feeling of dependence and to emphasize the remoteness of the divine. However, its meaning is not only religious. It is also part of a complex narrative device that often resorts to irony in order to de-emphasize the most arduous and controversial metaphysical speculations. Whereas topoi of affected modesty and unspeakability may only play an aesthetic role, strategic ineffability has to do with relevant communication: it is a way to share with (and induce in) other people feelings, goals and morally relevant beliefs, without entailing any accurate conceptual content. Knowledge is not the primary goal here. The paper argues that Plato, Plotinus and other ancient philosophers used the notion of divine ineffability strategically to share beliefs with their selected audiences and lead their disciples to spiritual change.