DELEGITIMISING CREOLES AND MULTIETHNOLECTS: STEREOTYPES AND (MIS-)CONCEPTIONS OF LANGUAGE IN ONLINE DEBATES. 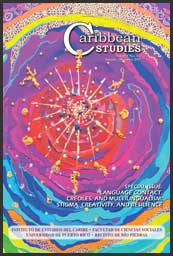 Youth languages in urban multicultural settings that are often labelled “multiethnolects” have received growing attention in the last two decades. In public debate, they are sometimes described as a step towards imminent “creolisation.” Judgements about Creoles and multiethnolects that form part of public debates show considerable similarities on many levels: Laypersons’ metalinguistic commentary reveals that these two types of languages are held in low esteem in public opinion. They are sometimes seen as the results of linguistic decay with “impoverished” grammars that are allegedly a hindrance for mental and moral development of the speakers and also a sign for the lack thereof. In addition, research on these languages has been dismissed as a “waste of resources” given that it does not contribute to a desired refinement of language. An analysis of 1,240 comments about multiethnolects and Creoles in online discussions shows that contact phenomena trigger demands for purity and conservation that reproduce commonplace arguments from standard language ideology. The aim of this paper is to shed light on shared discourse patterns in Creole societies (Jamaica, Trinidad, Réunion, Mauritius) on the one hand, and European societies (Germany, Norway, the Netherlands) on the other. Such a comparative perspective reveals how standard language ideologies can be adapted in different contexts as means of delegitimising entire speech communities.
PDF