The Death of the Chemist: The Role of Sound in the Life and Work of Christian Norberg-Schulz Explored through Film and Writing 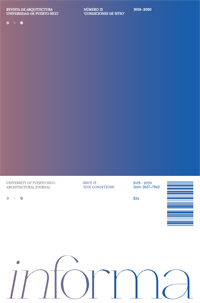 Ulrikke Andersen, A. (2020). The Death of the Chemist: The Role of Sound in the Life and Work of Christian Norberg-Schulz Explored through Film and Writing. InForma, 12, 176-187. Retrieved from https://revistas.upr.edu/index.php/informa/article/view/17372
ACM ACS APA ABNT Chicago Harvard IEEE MLA Turabian Vancouver

This article, consisting of a written essay and an essay film, considers a specific site: a staircase in a university building in Norway where a chemist died falling through a window in 1926. His son was Christian Norberg-Schulz: widely renowned for his development of phenomenology into the field of architecture. Whereas his authorship has been widely discussed, the story about his father has been rather overlooked. The theorist’s musical talents and use of sound in his writing as well as his presence on films remains undiscussed. I engage with the site at hand through site-visits and archival research, as I outline Norberg-Schulz’s thinking on sound, place, and architecture, framed through the story of his father’s death, experienced by ear-witnesses only. My essay film The Death of the Chemist (2016) follows the process of finding exactly where the accident took place 90 years prior. As I visit the building with its caretaker, I consciously separate the sounds with their corresponding images. The written essay form leaps between different references and fields, asking how the separation of sound and image in architecture and film could be used as a critical tool to describe and narrate the specific conditions of the site in question.