Building a Self-Determination Gateway: The Story of Paseo Boricua 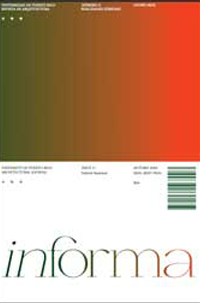 Paseo Boricua is the most densely commercialized Puerto Rican business district in the United States and is located on the West Side of Chicago, Illinois. This space serves as the epicenter of Puerto Rican Chicago and is often described as the Puerto Rican's pedacito de patria (a small piece of motherland). Constructed of steel and made to arch over the entryway and exit of Paseo Boricua, the two large artistic representations of Puerto Rican flags function as the gateway for either side of the six-block corridor of Puerto Rican businesses, restaurants, affordable housing developments, and non-profit organizations. Made of steel to commemorate those Puerto Ricans who first arrived to Chicago and worked in the steel mills, the flags of Paseo Boricua demarcate the only officially recognized Puerto Rican community in the United States.
PDF (Español (España))

This work is licensed under a Creative Commons Attribution 4.0 International License.